Exploring the Power of the Egyptian Tarot Deck 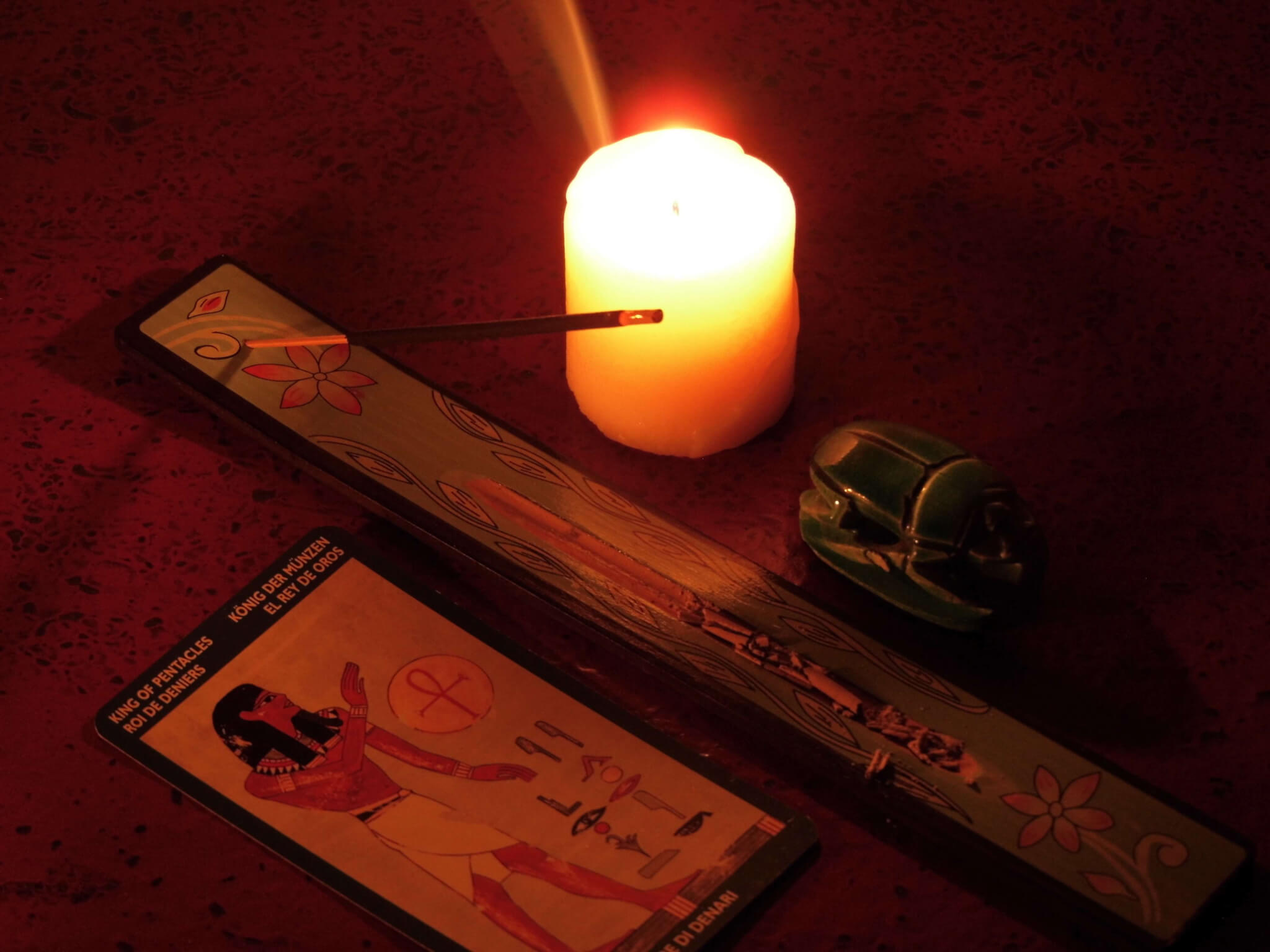 Most people are familiar with the standard Tarot deck, which consists of 22 Major Arcana cards and 56 Minor Arcana cards. This is arguably the most common Tarot deck, but there are a variety of deck styles that each carry their own history and power. One example of this is the Egyptian Tarot.

This divination tool has been used by a variety of cultures throughout the last couple of centuries. We’ll discuss the potential origins of the Egyptian Tarot deck, as well as explore the deck’s cards and how they differ from a more standard deck.

When it comes to understanding the history of this deck, we need to begin with a general history of the Tarot as a whole. The problem is that our knowledge of its history is incredibly vague and limited. We know that playing cards made their way into Europe sometime in the late 14th century.

While these cards would go on to become Tarot cards, it’s their origins that are of interest to us: Mamluk Sultanate. This was a realm spanning from Egypt to Saudi Arabia. The origins of Tarot in Egypt have long been questioned, but we only need to explore some simple components to see why the cards having Egyptian roots is extremely likely.

After all, if you ever see Egypt in a movie, book, or in person, you’ll know that Ancient Egyptians decorated everything with hieroglyphs: symbols and pictures used to convey meaning. The meaning of any hieroglyph could be influenced by its location, the context, and the other surrounding hieroglyphs.

Egyptian Tarot, as well as any other variation, follow a similar principle: any symbol or picture’s meaning is ultimately open to interpretation. It is up the reader to understand the message, as there is no writer to explain things.

As we already mentioned, there are many different types of Tarot deck e.g:

While all these decks are similar to one another, they also bear striking differences. For example, they are all a combination of Major Arcana and Minor Arcana cards, but the images or situations present on each card can differ drastically, as can the number of cards in each group.

If we compare the Egyptian Tarot deck to a standard deck, we can see that the Major Arcana actually share the same number and same roles. To give you an example, both have The Fool card as the first of the deck. The most striking difference between these two decks is the design.

Where standard decks have a largely European look to them, often depicting castles or knights. For the Egyptian Tarot, the cards are designed to look Egyptian in nature. The clothes, people, animals, symbols, and buildings that appear on the cards are distinct from those found in a standard deck.

However, the main difference comes in the form of the Minor Arcana cards. Where a standard deck has suit cards (similar to playing cards) where each suit holds a general meaning which is further defined by the number on the card, the Egyptian Tarot Deck has unique cards with different meanings.

With Tarot cards, there are a near-infinite number of Tarot spreads that can be used by readers to better connect a person to their question. The most common of these is the 3-card spread. The person being read simply holds the question in their mind, shuffles, and then plays three cards.

This may seem simple, but the simplicity of this spread allows for a variety of concepts to be explored. The reason that this spread is so popular is largely due to its adaptability. Each card represents a state or tense. For example, you could have the past, present, and future.

The first card would be the past while the last card would be the future. Each represents a point in your journey: what you’ve done and what’s holding you back, what you’re doing and what action you should take to achieve your goals, and finally, the reward for reaching the end.

However, the 3-card spread can be used to represents the body, the mind and the spirit. It can also represent the father, the son, and the holy spirit. But let’s consider a spread designed specifically for the Egyptian Tarot: the pyramid spread.

This type of Tarot spread is surprisingly uncommon. It takes the idea of using cards to represent a trinity, but it fleshes them out. As you may have guessed from the name, the cards form the shape of a pyramid: a single card on top, two cards in the middle, and three cards at the base.

We start by laying the three cards at the base. These are the past cards, and they represent various aspects of history, usually your own. More importantly, these three cards highlight the moments that have led to your present, including any anchors that are holding you back or challenges that have been conquered.

However, these cards also indicate your trajectory along your current spiritual path, but we’ll explore that in more depth in a moment.

The middle two cards represent the present. They tell us about our current situation. For some people, the middle cards reveal information about unfinished business or a build-up of dangerous energy.

But for other people, the middle cards can simply reveal what is already known. Again, we must face our middle cards in order to advance.

Finally, we have the top card i.e. the future card. This card highlights your destination. While it can relate to a lover or a career, the top card is usually a lot more subtle. For many, it provides insight into what their lives may one day be.

The information can be positive or negative in nature, but you’ll be able to feel from the other two cards whether good things lie in your future.