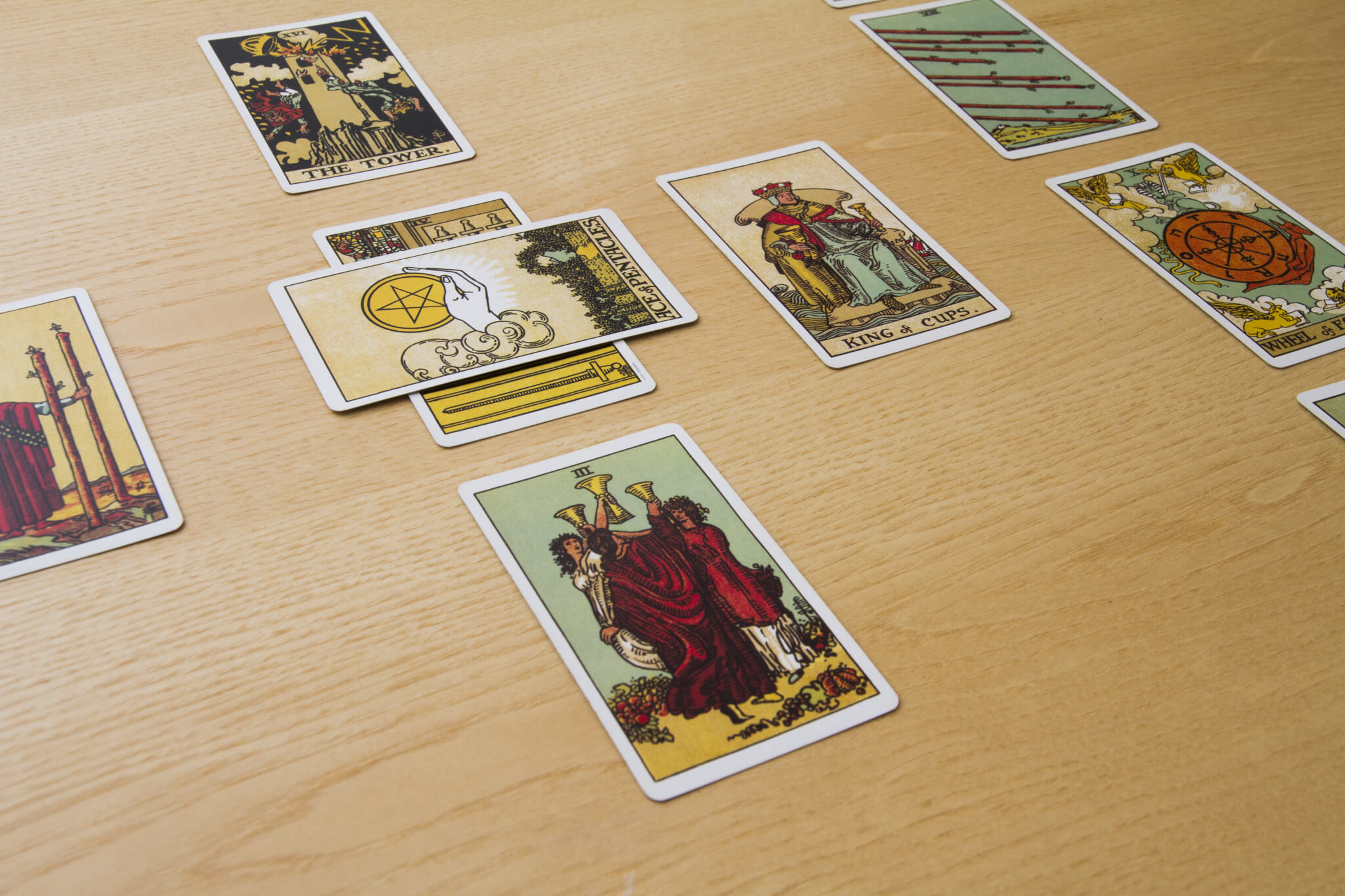 The Celtic Cross is an ancient symbol that originated in Ireland and Scotland sometime around the 9th century, but possibly earlier. This symbol carries a lot of meaning and power, and so it may not surprise you to learn that we can in fact harness this power during a Tarot card reading.

There is a lot of debate surrounding this particular symbol. Some believe that it predates Christianity and was in fact used by Pagan societies in Ireland and Scotland as a representation of the sun via a sun wheel.

Some believe that the cross actually represents Odin, a Norse God who was commonly worshipped by Pagan groups during this time period. It’s also possible that this cross is based on the Christian cross, with the circle representing the sun disk.

One popular theory surrounding this Celtic symbol is that it’s based on the ankh from Ancient Egypt, which was also influenced by the Coptic Crosses used within Christianity. Whatever its origins, the symbol itself is seen as carrying great power.

When we look at the cross, we can see why it appeals to such a range of groups and histories. You have the four points which can represent the cardinal points: north, south, east, and west, or the four elements: earth, wind, water, and fire.

The circle can also be seen as representing the three smaller points into a larger one. For example, the past, present, and future coming together to form time, or the father, the son, and the holy spirit forming God.

When it comes to Tarot card spreads, most people are familiar with the standard 3-card spread. The Celtic Cross spread is essentially an advanced version of this. It shares certain elements, such as the three aspects of time:

But it offers us the opportunity to delve much deeper into a person’s destiny or current path.

We use 10 cards for the Celtic Cross spread. We’re going to now look at each card, its position, and what it represents. The overall shape of the spread should be a central card (1) with an additional card on top, but at a slight angle (2). We then mark the cardinal points, going west (3), east (4), north (5), and south (6). Finally, the last four cards form a line on the right-hand side of the cross, starting at the bottom (7) and ending at the top (10).

This card forms the center of the spread. As the title suggests, it forms the present. It reflects the person’s current state, physical, mental, spiritually, or a combination of all three.

The challenge card sits on top of the present card, also in the center of the Celtic Cross spread. It represents the challenge or obstacle that they are currently trying to overcome. No matter which card is played, and no matter how positive it may seem, consider all the interpretations as this card is the root of their problems.

The third card is played to the left of the first two. We can think of it as being like number 9 on a clock or west on a compass. It represents the past, and it shows the events in a person’s life that have led them to the present (card 1). The past can often reveal unknown details or traumas that may be holding a person back. They can also give us an idea of where the challenge (card 2) originates.

The fourth card is placed at the right of the first two. Within the Celtic Cross spread, this is the location of the future card, which as you may imagine represents the next step in this person’s journey. It’s not the culmination of their life or the destination of their journey, it’s simply the next chapter in their story.

The fifth card is placed above cards 1 and 2, in the north or 12 o’clock position. It’s no surprise that this is the ‘above’ card. It highlights the goals of the person, including their aspirations or their desired outcome of a situation that they may currently be in.

As you may guess, this card is placed below 1 and 2, in the south or 6 o’clock position. It represents a deeper, subconscious version of the above card. It shows the true motivations and goals of the person, even those which they may not be aware of, as these thoughts lie beyond the reaches of our conscious mind.

The advice card is placed to the right of the cross shape that has been formed by the earlier cards. It creates the bottom level of a tower or ladder. The advice card is exactly what it sounds like: it suggests an approach that will allow them to conquer their obstacle and achieve their goal.

We place this card above the advice (#7) card. It highlights anything that might influence the outcome of the person’s goals e.g. other people, events, obstacles that cannot be crossed, etc. These are aspects that are outside the person’s control.

Again, we place this card above the previous one (card #8), allowing our tower to become even higher up the spread. This card shows the interlocking duality of hope and fear: what we hope will and won’t happen, and what we fear will or won’t happen. It reflects the person’s concerns but can shine a light on how to tackle these worries.

This card goes above card number 9 to form the top of the tower. The conclusion card tells the person who the situation will end, assuming they continue down their current course. If things remain unchanged by what they’ve learned through the reading, the conclusion card is a representation of how things will conclude. It is the final point in the Celtic Cross spread.