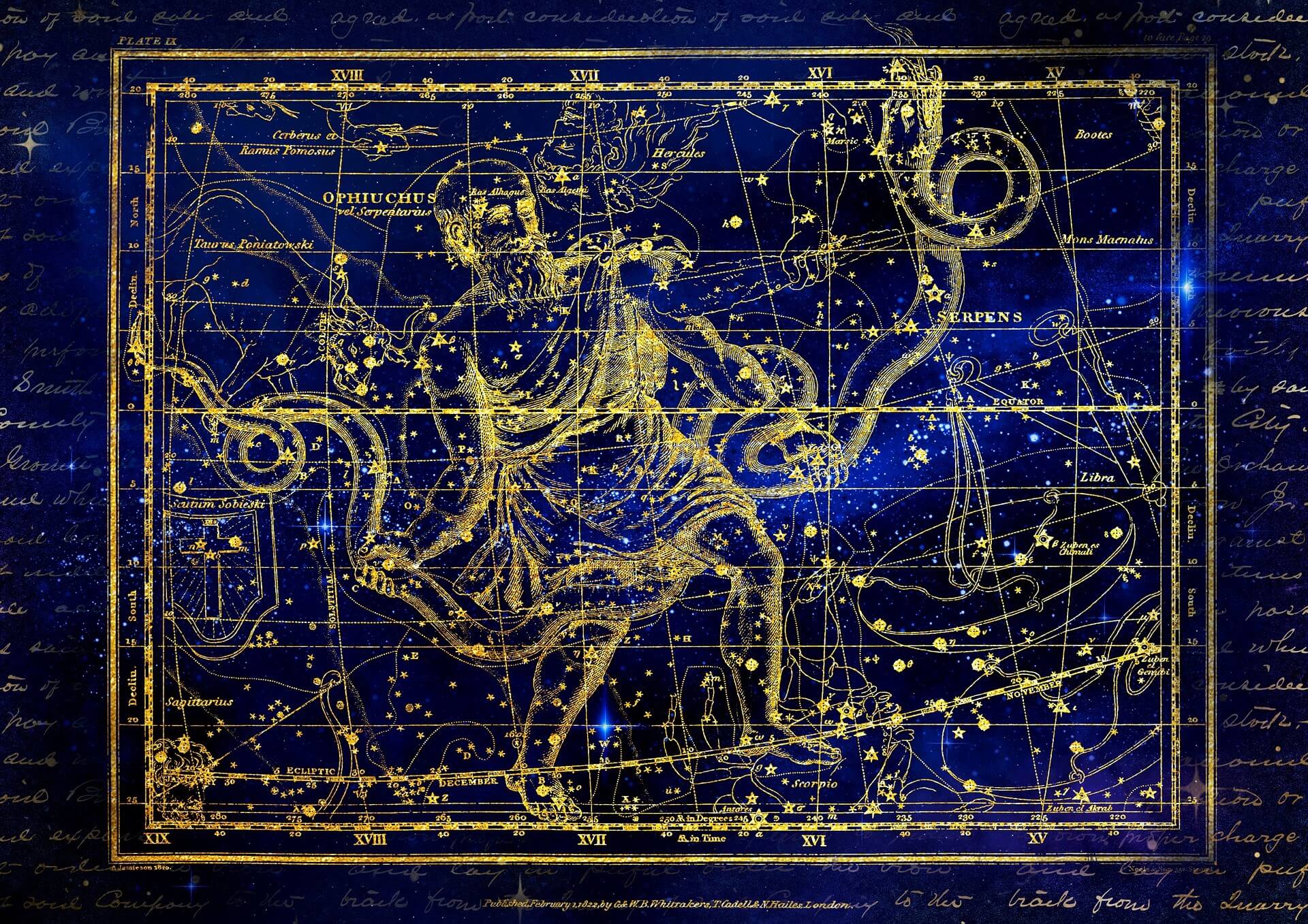 Have you ever heard of Ophiuchus? If you haven’t, don’t worry, it’s quite normal. We have always been told that there are 12 zodiac signs, connected to 12 constellations.

Most of us know their names. They are a part of our culture and an important guide to determine our actions. That is why the news of the existence of a 13th sign can be quite a surprise, and hard to believe. But what if I told you that there is a theory that makes sense regarding the existence of this sign?

There is a certain symmetry surrounding that number. According to Claudius Ptolemy, the Greek mathematician and astronomer, the year is divided into 12 periods around the 20th of every month.

Each period is associated with a zodiac sign and a constellation. The first is Aries, which goes from March 20 until April 19, and the last is Pisces, which starts on February 19 and ends on March 20. This is what we call a full zodiac cycle.

These 12 constellations mentioned before touch or cross the ecliptic. The ecliptic represents the apparent trajectory of the Sun across the sky, from the perspective of the Earth.

The Origin of Ophiuchus

The fact that the 13th constellation is not as known as the others is due to a misconception on the part of the ancient Babylonian astrologers. While doing their calculations, they could only identify 12 constellations.

However, further studies and more precise techniques of calculation gave us a better perspective of the sky. This is something completely normal. Think about the calendar that we have today.

There were other calendars before. Calendars that were not completely accurate, but approximate to the one we have now.

In the case of Ophiuchus, there is clear evidence of its existence. Even NASA has presented serious reports about this subject. The experts noticed that there is an effect that affects the sky.

The name of this effect is precession, which implies a change of orientation in the axis of a rotating body. In this case, the gravitational pull of the sun and the moon creates a “wobble” motion over Earth.

This motion has a direct impact on the constellations that drift while the Earth orbits around the sun. Among the consequences of this effect is a variation of a day or two within the dates of the zodiac signs.

This means that the dates that you will see next don’t interfere with the perception of your sign.

That said, let’s take a look at the dates if we take into account the new zodiac sign:

If you want to know precisely where Ophiuchus is, you can find it between Scorpio and Sagittarius. And although it is one of the largest constellations, few people are aware of its existence.

However, you might have heard about Kepler’s Supernova, which is, in fact, part of this constellation.

The name Ophiuchus comes from Greek and it means “serpent-bearer.” That is why this sign is often represented as the image of a man holding a snake. As if he were struggling to control its force.

We can find the origin of this image in Greek mythology. For some, this constellation is a tribute to Apollo, the Greek God of music, poetry, and the sun, among others. The image is a representation of the fight with the huge snake that guarded the Oracle of Delphi.

But there are other versions. Some say that the man in the image is Laocoon, a Trojan priest of Poseidon who tried to warn his fellow citizens about the danger hidden inside the Trojan wooden horse. According to legend, Poseidon sent two sea serpents to silence him.

For those born between 29th November and 17th December, here is a quick guide of the traits for this sign.

First of all, those born under the sign of Ophiuchus are known for being great humanitarians, concerned about the welfare of everybody. Their world is full of poetry, thanks to their strong poetic sense. This skill doesn’t necessarily manifest itself through writing poetry but in their perception of life.

An Ophiuchus is also keen for knowledge and can develop strong psychic abilities. They also take the initiative and are extremely lucky in life. If you want to catch their attention, don’t forget to wear bright colors. They love them.

On the negative side, they can be very jealous and possessive. They can also be a bit intense and vengeful, especially with someone that belonged to their close circle, someone that wrongs them or that abused their trust.